Hey! Sorry I'm posting this update a little later than I normally would. Normally the update post for a month comes at the beginning of the month on this blog. This post is coming a little later in the month because of how super busy I already have been with this and this post.

Anyways, I wanted to point out how much the project has been growing in terms of interest! The month of January completely shattered the previous most views per month record with a whopping 3,657 views in the month. January also broke another record, most views in a single day. For the first time ever the blog had over 400 views in a single day, a year ago the blog would have been lucky to get half that much attention in the entire month. February has already broken the record for views in a day also, but I'll post about that later. Also, the number of Twitter followers has exceeded the number of games the project has currently. It just goes to show that what they say is true, "It takes years to become an overnight hit". The moral of that story is that if you stick with something you love, you'll make it eventually.

Okay so now moving forward, In the remainder of February or possibly March, The light system will be finished and installed into the unit. Shortly following that will be the graphics for the screen cover. And then the Super Pantendo will be finished. 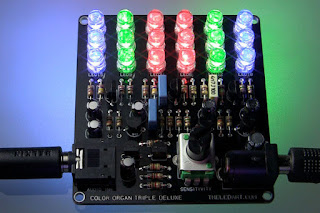 Moving forward from that... I have a lot of ideas.
1) A miniature version of the Super Pantendo that would be smaller than a book, hook up to your TV, come with controllers, and will be available to the public.
2) A second Pantendo, called the Ultra Pantendo, which will have the same library of games seen on the Super Pantendo, plus stuff from older retro eras (Atari 2600, Colecovision, Intellivision), plus stuff from PC gaming of the era, plus the newer retro era (PSX, N64, Dreamcast), and a library of arcade games.
3) A complete redesign of the blog/website.

Thats about all I can tell you about the future of the project for right now and I'm worried as I type this that I've already said to much. But whatever, in the meantime watch some of my youtube videos. Stay tuned!
Posted by Panopticon36
Email ThisBlogThis!Share to TwitterShare to FacebookShare to Pinterest
Newer Post Older Post Home