Lots more to talk about!

Wow its only been a little over a week since I made a post outlining a lot of changes, and I already have a bunch more to tell you about!

First of all, in last months pole, 100 percent of people who voted said they would rather own a Pantendo than not own a Pantendo lol. Not a big surprise. That question was mostly to test the water with this whole voting thing. Still really cool though! Thank you everyone who voted!

I also want to acknowledge the many record breaking months this blog has had! Every month this year has broken the record for views in a month! That is absolutely incredible to me. Every month the community is growing and supporting the project! In the month of January the blog had 186 views for the month, last month (April) the blog had a stunning 1,143 views for the month! Each month has had more views than the one before it. That is really awesome you guys. Thank you so much for helping out the project. I want to thank everyone who is helping spread the word, talking to friends about the project, sharing the page on social media and all that stuff. Great work everybody out there in the community.


This next point is too exciting for me to not bring up, even though I can't really talk about it too much as it isnt really finished. So I'll just "leak" this picture instead haha. 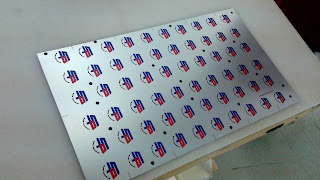