I haven't posted in a long time. Reason being is because yet more personal life stuff keeps coming up and postponing hobby related stuff. Also, I decided to do a COMPLETE redesign of the interface. From the ground up, and re-engineer all the sounds used by the machine. The new interface will show button layout onscreen, making the button usage of the cabinet itself more intuitive. Both of those tasks are almost completed as a write this, and I may finish that part today.
Also, I've found the perfect place to create the still needed physical structural stuff needed for the cabinet, and the cosmetic custom stuff for the cabinet as well. So it shouldn't take toooo much longer. It all depends on a few things now, but not much. I expect to have the machine finished and fully assembled sometime before the first snowfall. I'm getting pretty darn excited.

So yeah. Also I'm going to include a small screen shot of the new interface, specifically the SNES screen. You can see how this is more useful than just a picture of an arcade cabinet. Not all the labels are here, I will eventually have the button assignments on top of the onscreen Pantendo buttons. 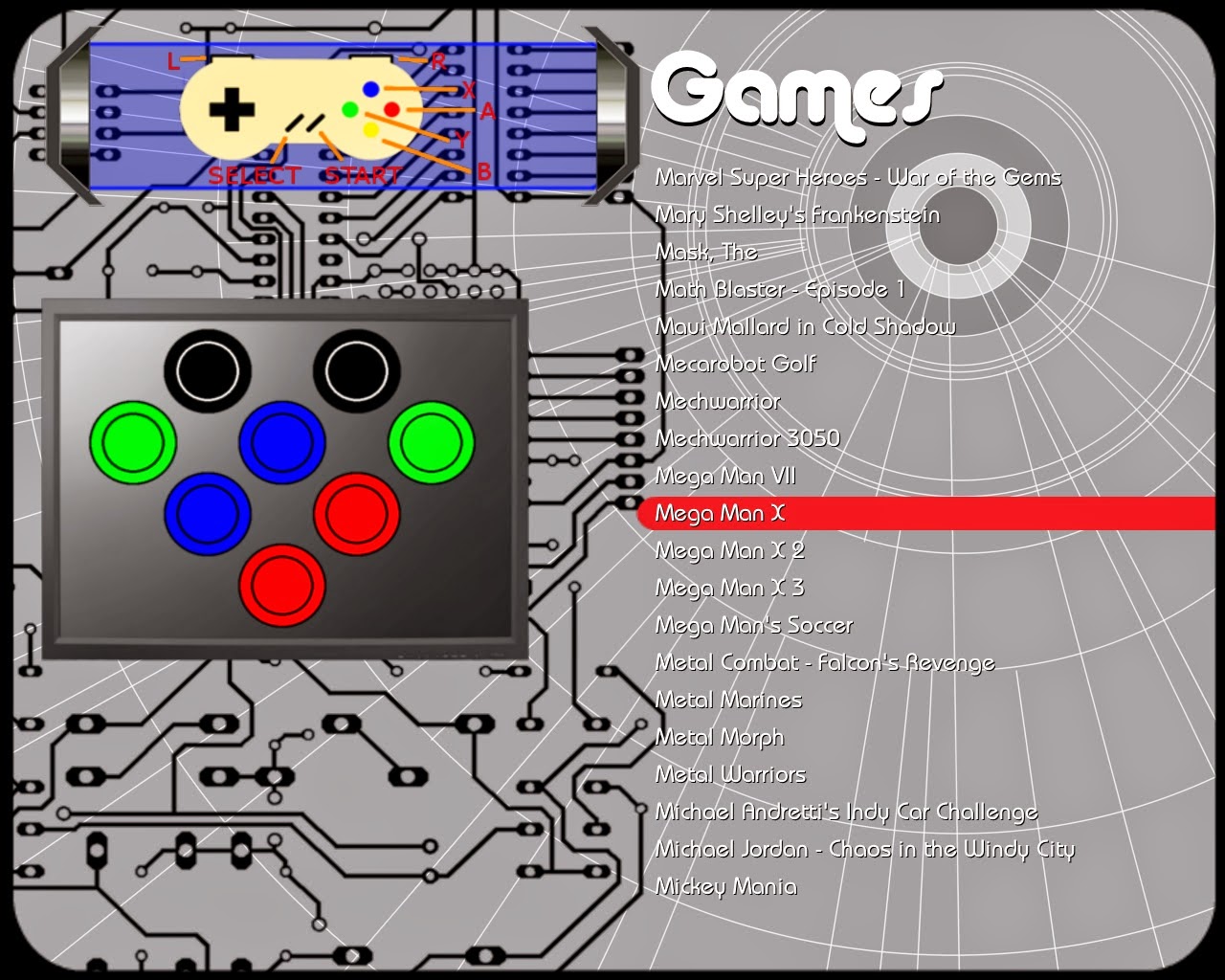 Edit: 9-22-14
Just a day later, the interface is nearly. I went from scratch, in two days had the screenshot above, and now a day later, it looks like this. Screenshot below. 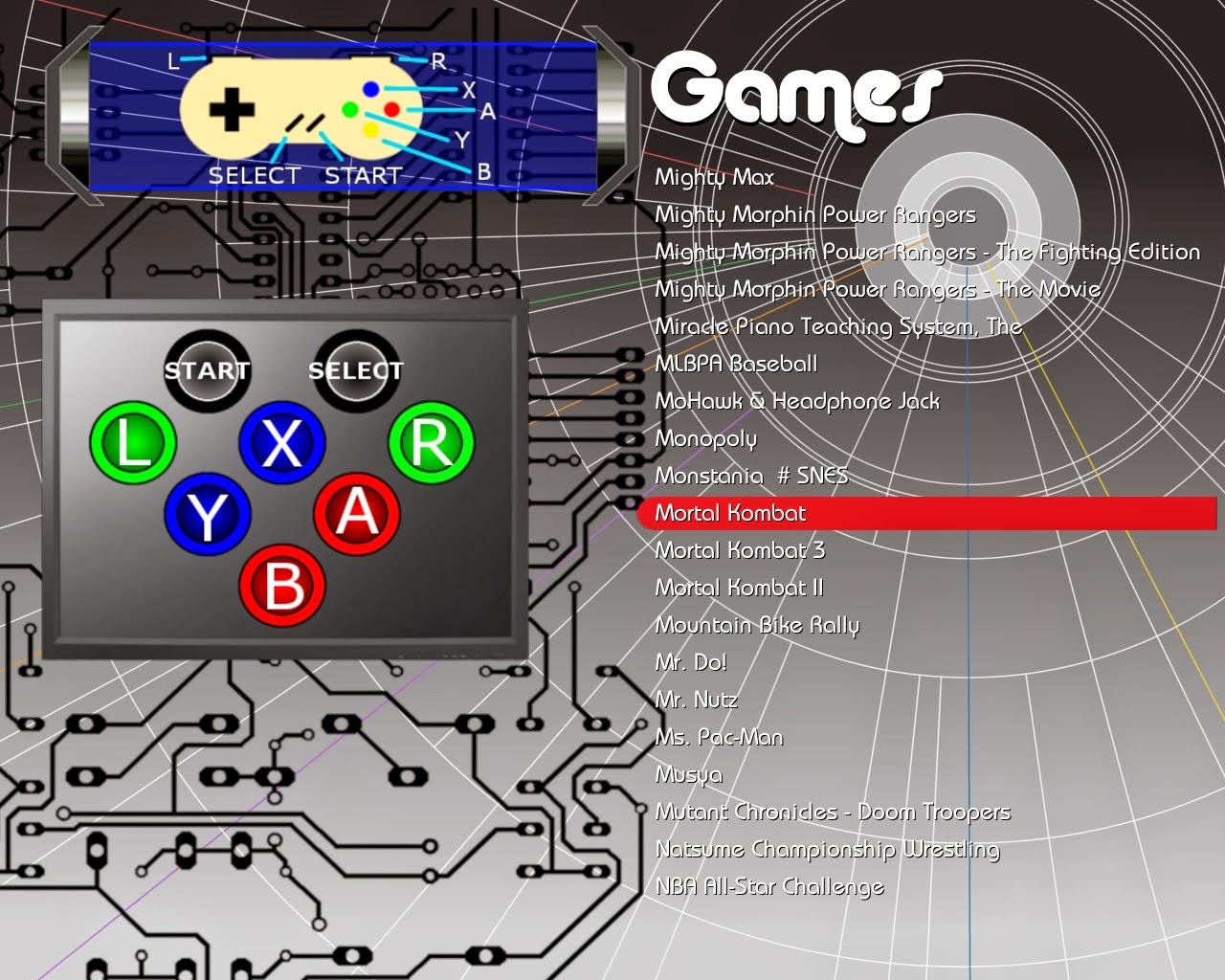